During March we undertook initial fieldwork in Kampala, Uganda as part of our work on developing a knowledge exchange framework for urban energy transitions in African cities [1]. The work had three main components. i): a ‘netmapping’ exercise to review the institutional landscape of the energy sector with local and national policy makers. ii) meetings with agents of local energy transitions from the NGO and private sector. iii) And dialogue with our Uganda partners on understanding the case study cities and sensitising the knowledge exchange framework to the local context. Three sets of issues emerged that will be important in shaping our future work programme in SAMSET

We met the Municipal Town Clerks – the equivalent of a Chief executive in UK – from our two case study cities.  These municipalities have few formal responsibilities for energy issues with policy making priorities and capacity being exercised at a national level – through the energy ministry and the actions of an unbundled energy system of generation, transmission and distribution. Consequently, there was very limited capacity in the local authority to focus on energy issues – with only one member of staff employed to deal with all environmental issues – including working on forests, wastewater etc.  While municipalities were concerned about a range of energy issues in their cities including high costs, disruption, health and air quality plus access of households to formal energy system  – there are few formal mechanisms for them to interact with, or shape, the energy system.

Mapping the urban energyscape revealed a wide range of local energy initiatives around lighting, fuel-efficient stoves and a range of decentralised technologies.  But these responses were strongly dependent on the actions of external intermediaries – NGOs and private companies  – who worked with local households and community-based organisations to develop local energy initiatives.  What was striking about these was the ways in which these responses tended to connect to international financial mechanisms, agencies and particular national contexts involving private companies, universities and NGOs to a particular local context – household, sewage works etc. There was strong sense that these initiatives largely by-passed the municipal and national contexts within which they were inserted according to external priorities – a form of transnational governance of local energy.

While the energyscape was incredibly fragmented there was one example of an energy strategy at a municipal scale in Kasese that WWF has chosen as the “ Champion District”[2].  The imitative involves working with a cross-sectoral partnership designed to accelerate energy access for off grid communities through cooking and lighting. A number of different pathways are being experimented with including working with not-for profit NGOs and commercial models.  A private solar provider had report significant up lift in monthly solar installations from 2 up to 400 a month after the scheme provided enhanced access to the market through CBOs.  In contrast an efficient stove NGO reported that the scheme had been less successful in providing access to households. 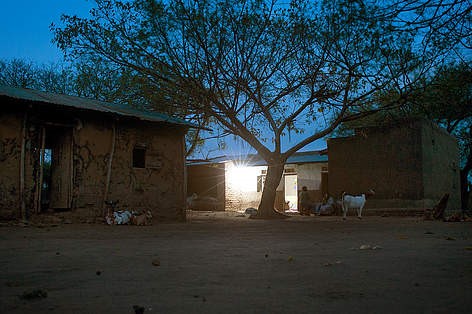 Daniel Kerr from the UCL Energy Institute on a recent conference in the urban energy sphere and how its main points relate to the SAMSET project.

On the 5th March 2014, 25 academics, government officials and representatives of industry and NGOs gathered in Istanbul, Turkey, to discuss the challenges facing Turkey’s cities in terms of energy supply and urban sustainability. This roundtable event sought to shed light on the problems facing urban metropolitan areas globally that are struggling with transportation congestion, secure and clean energy supply, and securing the future of a clean and liveable urban environment.

With 14 million inhabitants, Istanbul is the largest city in Europe. However, energy demand in the city and more widely in Turkey is growing at a rate more comparable to that of much of Asia. Urbanisation efforts in the country have contributed to a very high electricity demand growth rate, and as with many urbanising areas globally, supply is struggling to keep pace with demand. A number of options were proposed at this roundtable in order to combat the future urban energy challenges in the country. The increased need for energy efficiency considerations in urban planning, and increasing energy efficiency was agreed as a key step in managing demand in the country.

A number of panellists raised the fact that urbanisation and development as a means of alleviating poverty can be at odds with the race against climate change and environmental degradation. The potential of decentralised power generation in urban areas was highlighted, in terms of distributed renewable energy in the form of solar, solar thermal etc., but also high-efficiency conventional-fuel generation such as through combined heat and power plants.

Despite being a more developed economy than a number of sub-Saharan African countries, the challenges facing urbanisation in Turkey are relevant globally, and to the SAMSET project. Transport growth and transportation congestion, as well as severe demand growth not backed by supply-side growth, are both factors facing sub-Saharan African cities, and the lessons learned from this roundtable event will have relevance to the urban areas targeted in the project.

More information on the Istanbul roundtable can be found on the Energy Collective website: http://theenergycollective.com/mariannelavelle/351581/powering-our-urban-future-spotlight-turkey